Specific Absorption Rate (SAR) What Is It? 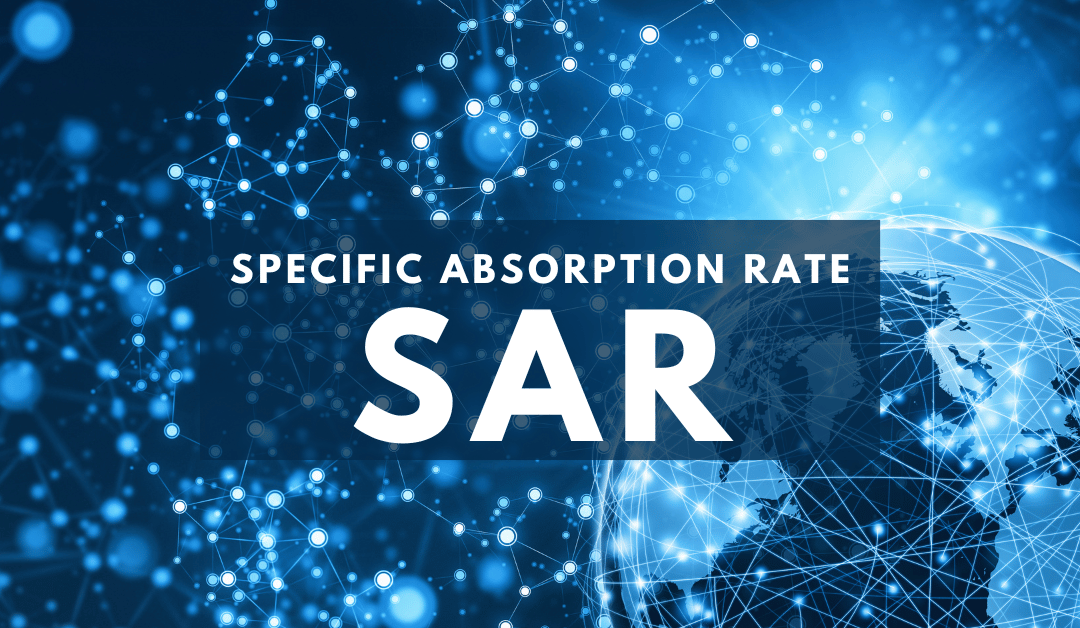 The specific absorption rate, or SAR, is a measure of the amount of radio frequency (RF) energy absorbed by the body when using a wireless device such as a cell phone. It is expressed in units of watts per kilogram (W/kg) and is a critical factor in the evaluation of the safety of wireless devices for human use.

The SAR value is determined by the strength of the RF signal and the duration of exposure to the signal. A higher SAR value indicates that more RF energy is being absorbed by the body, which may increase the risk of harmful effects. The absorption of RF energy can lead to the heating of tissues, and prolonged or excessive heating can result in tissue damage.
In order to ensure the safety of wireless devices for human use, regulatory agencies such as the Federal Communications Commission (FCC) in the United States and the European Union (EU) have established SAR limits and guidelines. These limits are based on the recommendations of international guidelines, such as those developed by the International Commission on Non-Ionizing Radiation Protection (ICNIRP). The FCC and EU require that all wireless devices must have a SAR value that is less than or equal to the maximum permissible exposure (MPE) level, as determined by these guidelines.

The rollout of 5G technology, which utilizes higher frequency bands for wireless communication, has raised concerns about the potential health effects of increased RF exposure. However, it is important to note that the SAR values for 5G devices are required to meet the same safety standards as those for other wireless devices. In addition, the absorption of RF energy is typically greater at higher frequencies, but the increased frequencies used in 5G technology are accompanied by lower power levels, which results in lower SAR values.

A review of the available scientific literature on the potential health effects of 5G technology, conducted by the EU’s Scientific Committee on Emerging and Newly Identified Health Risks (SCENIHR), found that the overall evidence for a link between RF exposure and harmful health effects is limited. The SCENIHR review also concluded that the deployment of 5G technology is not expected to increase the overall exposure to RF fields significantly and that the SAR values for 5G devices are expected to remain well below the limits established by international guidelines.

It is important to note that the SAR value is not the only factor determining a wireless device’s safety. Other factors, such as the distance of the device from the body and the specific frequencies of the RF energy, also play a role in the overall safety of the device.
In conclusion, the specific absorption rate is a critical measure of the safety of wireless devices for human use. The SAR values of 5G devices are required to meet the same safety standards as those for other wireless devices. The available scientific evidence suggests that the deployment of 5G technology is not expected to increase overall exposure to RF fields significantly. While some studies have suggested a potential association between RF exposure and certain health outcomes, the overall evidence for a link between RF exposure and harmful health effects is limited.